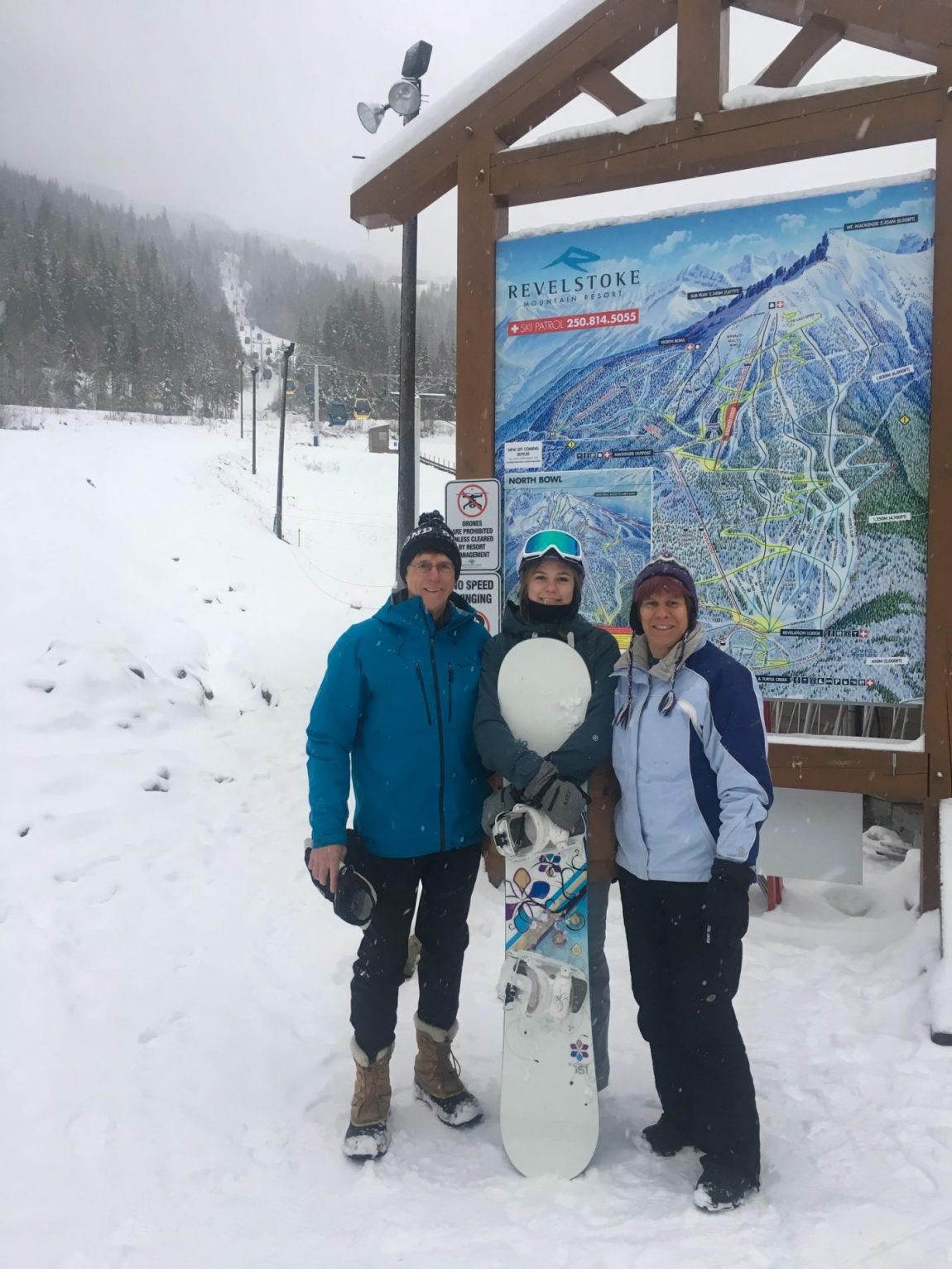 Previous item Magic Happens (at the edge... Next item Heading off on an...

The world of Revelstoke, British Columbia

Always one to combine business with pleasure, after all my business is helping people find pleasure, I have combined a winter ski trip with a little reconnaissance for some Timberline tours. My family and I have been skiing in the Canadian Rockies this last week and that has included more time in Banff, Jasper, Yoho, Kootenay, Glacier and Mt. Revelstoke National Parks. We have hiking and cycling tours that hit all these parks, including a brand new tour in Revelstoke and Glacier National Parks. With my pretour research and my most recent visit there, I have collected a few interesting facts about the Revelstoke area:

Interesting Facts About the Revelstoke Area

1. Revelstoke Ski Resort has a 5620 foot vertical drop, That’s the longest vertical descent of any ski resort in North America. Yes, my legs were tired by the end of the day.

2. The town of Revelstoke sits on the west side of Roger’s Pass, an area known for its snowfall. Roger’s Pass has the highest rate of avalanche danger on urban roads in North America. In fact, we lucked out on our drive as the pass closed just a few hours after we passed due to a massive snowstorm.

4. In 1920, the first Trans-Canada airplane flight was forced down because of a snowstorm. The plane landed in a field that is the site of the present airport.

5. The Revelstoke area is nestled in the valley between the Selkirk and Monashee Mountain Ranges, and just south of the Cariboo Mountains – all mined by the famous Heli-Skiing operations of Canada.

6. The Arrow Lakes People, an indigenous culture of the Sinixt Nation, lived in the area as far back as 5,000 years ago.

7. The Columbia River flows through Revelstoke. It’s been a transportation route for 100s of years – from the Indigenous cultures to gold miners to the railroad laborers who helped build the Canadian Pacific Railroad. About 800 miles later, the river enters the Gorge between Washington and Oregon – the location of several of Timberline’s hiking and biking tours.

8. Fortune seekers flocked to the area around 1865 as they sought their fortune during the Big Bend gold rush, just north of Revelstoke. Getting to the goldfields was a huge challenge because the terrain is so rugged.

10. Norwegians and Swedes helped introduce skiing to the area in the early 1900s.  Ski jumper Nels Nelson flew 183 feet through the air from the jump at Revelstoke National Park in 1916. In 1922, Revelstoke female ski jumper Pat Coursier set a world record on the Nels Nelson Ski Jump.

You can always learn more great trivia and historical facts about the areas you are visiting by asking your guides for information.  Where do you want to learn about next?