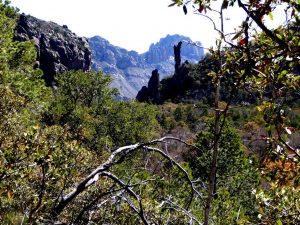 Many years ago, I was thumbing through an issue of National Geographic magazine and saw a feature on Big Bend National Park. It captivated me. Growing up in Colorado, I never dreamed of vacationing in Texas, but once I explored the park in print, I had to add it to my bucket list!

I was amazed and mesmerized by pictures of the park’s beauty and diversity: the stark desert and the variety of plants and animals that survive – and thrive – there, the grandeur of the Rio Grande River, the depths of St. Elena and Boquille Canyons.

I still haven’t made it to Big Bend, but it just so happens that Timberline Adventures offers hiking trips to Big Bend National Park. Two of them! During the Spring and the Fall when the desert is alive. Can’t make it in March? No worries! Our Fall Big Bend trip begins October 25, so it’s the perfect time to get it on your calendar.

Take a look at our fall trip and see if Big Bend makes it onto your Bucket List. This park along the United States/Mexico border is truly amazing!