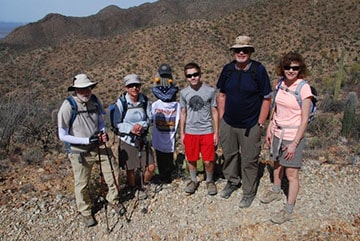 Denver, CO (May 29, 2014) This September Timberline Adventures is offering the second in its three-part, three-year walking tour series of the 300-mile Cornish Coast. 2013’s trip covered the northern section of the trail, this year will feature the middle section, and the 2015 finale will span the southern 100 miles. The trek winds along the longest stretch of continuous coastline in Britain, taking in charming fishing villages, secluded coves, dramatic cliffs, and centuries-old market towns.

Though travelers on the Cornish Coast Odyssey may observe the occasional flock of sheep, they will not travel in similar herd-like fashion. Timberline Adventures offers a range of mileage options, encouraging guests to cover the route at their own pace, in solitude if they prefer. Total hiking mileage on the 2014 trip ranges from 87-98 miles.

“When it comes to jaw-dropping scenery and quirky, hidden local hangouts, my goal is to make sure Timberline travelers experience at least two to three times more than they would if they were travelling on their own,” said Kisa Harris, owner of Timberline Adventures and co-leader of the Cornwall trip. “We’ll be staying in a few tiny, tucked-away places that have sheltered pilgrims for centuries. You won’t find them on Google.”

The tour assembles at Heathrow, with a van shuttle to St. Ives, home of the Tate Gallery and a bustling art hub. The next 12 days are filled with inn-to-inn rambles down ancient oceanside trails, through granite, thatched-roof villages, sweeping moors, wooded glens, and past lonely lighthouses and scenic harbours. Stops include Lands End, the city of Penzance, and a seaside theatre carved into the cliffs. Magnificent white sand beaches and pounding surf make this area England’s Riviera.

The cost of the trip is $6,600, which includes inn lodging, most meals, guides, shuttle and luggage transfers.